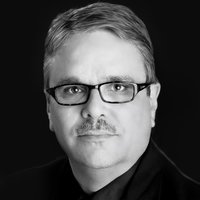 He is an American composer, arranger and teacher. He attended high school in Daleville, then went to Troy State University, where he played the trumpet in the Sound of the South Marching Band. While at Troy University he studied composition with Paul Yoder. In 1997, Smith returned to Troy, Alabama and directed the Sound of the South Marching Band and the Symphony Band. He left Troy in 2001 to take a full-time position at Warner Brothers Publications. His position at this company has taken him around the world. He has been a guest conductor with many ensembles, including the New Mexico All-State Small School Band. He is currently the Music Industry Program Coordinator at Troy University and the Vice President of Product Development for C. L. Barnhouse Company and Walking Frog Records.